2nd event of the 2012 Challenge Tour season and back down the M1 to Heathrow. Already looking forward to a Leeds/Bradford flight one day!

The only bonus being that leaving at 3.00am there is no traffic at all! M1 heaven!!

Steve Tooby my caddy is coming with me this week too, his main role being ‘bodyguard’ – only joking, he’s back out on the bag and will be as much as possible this year!

9.10am flight from Heathrow to Madrid, then Madrid to Bogota (capital of Colombia), and finally Bogota to Barranquilla, hopefully arriving at the hotel before midnight!

Hopefully being the ‘key’ word!! The last flight had a 2 hour delay meaning we got to our hotel at around 1.00am, we had now been awake for 27 hours!

After such a long travelling day but getting to the venue in good time, most of Sunday was  rest/recover, finding our bearings and a light practice session.

After a good feed and a good sleep catching up with normal time, the next three days were just spent practising, and getting used to the course, greens, weather and transport so that come Thursday morning I had done everything I could to be fully prepared!!

Monday – the first full practice day was pretty eventful! After our armed police escort to the golf club we got out and walked the course chipping and putting around the greens. This is a routine I got into when playing Europro and whenever possible this year I will do the same. 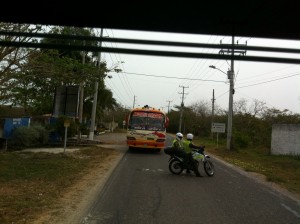 The pictures below tell a few more interesting stories from the first few days rather than listening to me talk about practice…. 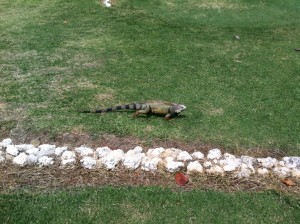 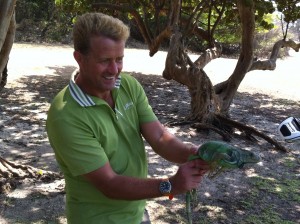 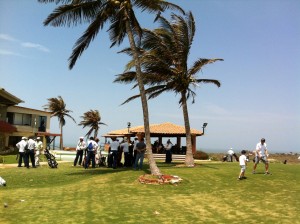 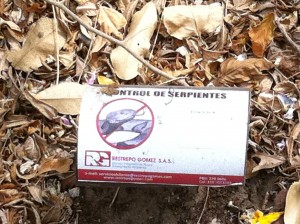 After a bit of range work we caught the bus back to roam the streets of Barranquilla looking for somewhere decent to eat! It’s sounds dangerous but Barranquilla really was quite a nice city!

After three full days of practice in 100 degrees of heat I was ready to tee it up Thursday at 11.40am. It was pretty nice to be paired with 2 English guys for the first two rounds (Matt Haines & Matt Cryer) and also two guys who have been playing pretty decent. You get to kind of drag each other along and feed off each other’s scores. 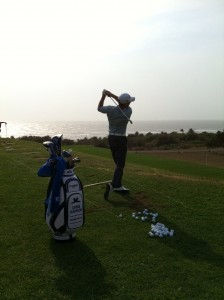 I also think its been as hot as I’ve ever played in this week and I really feel the fitness work I’ve done with Craig and Duncan (Ignite Sports) throughout the winter months has contributed to what ended up being such a great week.

But the heat was not the only factor to battle, as the scores suggest the wind was crazy! Barranquilla Country Club was surrounded by the sea, and boy did it blow! The greens were not cut too short to keep the event playable and I really feel it was as windy as I’ve ever felt it at Crosland Heath! (I’m sure many won’t believe that). 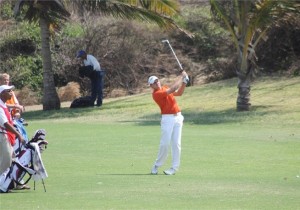 I did make a few costly errors but managed to keep any big numbers off my card and holed out on the greens superbly! The work I have done with Mark Pearson really is starting to come together. It’s taken time to get a feeling on the greens but I really started to get the trust this week, and what better time than at the start of the season.

So to round up the week it’s been my best finish on the Challenge Tour and a result that has got me off to a great start for the season moving me up to 8th in the rankings.

Another great thing that came from this week is that I now have a World Golf Ranking to try and improve! 945th – I know he’s stopped playing but I’m above Greg Norman haha!!

Finally a massive thanks to Steve for his 110% effort on the bag! To my family, friends & sponsors for their support, and all the kind messages on twitter, text and email from you all! It means a lot and really makes travelling that bit easier!! 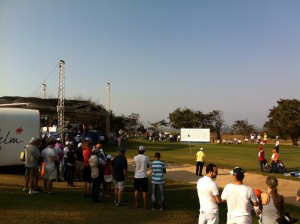 Hope you enjoyed the blog, if it ever gets too boring please tell me as I was writing this on a 10 hour flight…..