Do you really need a caddy…? 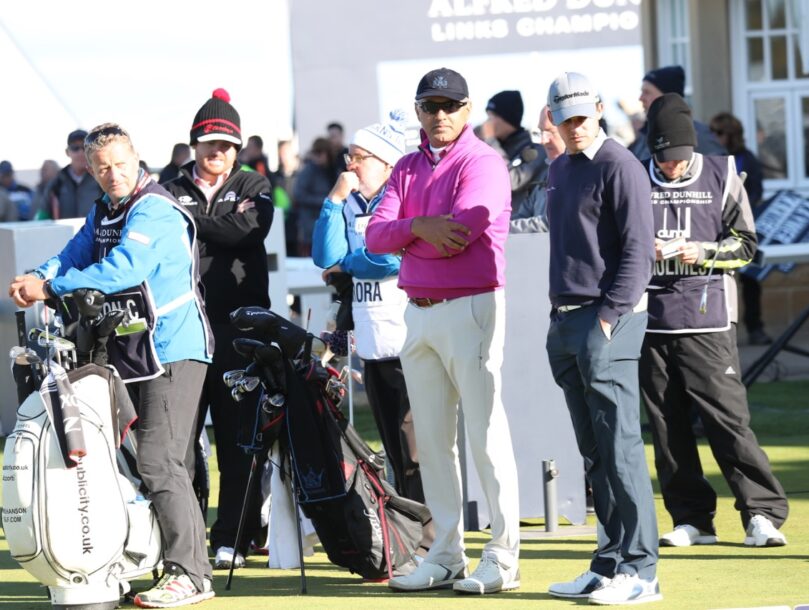 Personally, I now use a single loop pencil bag but that’s probably because I’ve had to carry my own golf bag for a few years after progressively falling down the golfing ladder, but for some reason I still get quite a few direct messages and emails from players regarding caddies:

“Do you really need one?”

“What should I look for in a caddy?”

“Is being a caddy easy? They just carry a bag, don’t they?”

“Do caddies get treated well on tour?”

“How much do you pay a tour caddy?”

“Would you have a caddy on the Europro Tour?”

If I go off in random directions, please bear with me, here goes….

So, how do you actually become a caddy….wow, it really is a tough industry to get into, for starters there is a pretty limited number of jobs available and a high percentage of those jobs are occupied by the caddies who have been out on tour for years and years.

But they’ve done the hard yards back in the day caddying at courses like Sunningdale, Wentworth, St Andrews, doing two loops a day hoping for a decent tip off a random amateur member or visitor.

There certainly seems to be a group of experienced/respected caddies who, if they ever lose a job, soon get on the bag of another top player.

And that leads me onto this….It’s certainly a job where in a lot of players’ eyes experience is essential, but how do you as a new caddy get experience if you can’t get a job?

I think players want to know that if they are walking down the 18th with a one shot lead and shitting themselves that the caddy isn’t shitting it too.

One caddy certainly springs to mind here, in fact they both do – Gary and Guy are identical twins and have been out there for years. I never spent enough time with them both to tell them apart, but on the course they were sooooooo relaxed; both big tall guys, the bag looked so light on their shoulders and they seemed to just move in slow motion ambling along.

If you’ve ever seen me carry a tour bag that certainly isn’t the case – it’s awkward, and they weigh well over 20kg when fully loaded up with waterproofs and water!

Gary/Guy take no crap too and just talk in black and white, no uncertainty, just simple facts…what more could a player want? I know that makes it sound a simple job, but that’s years and years of learning their trade and doing the same thing week in, week out!

Robert Rock once told me he’s the best caddy he’d ever had! (Not sure which twin).

That probably leads on to my next point and I have the perfect example of this, as it happened to me. As a caddy, pitch up at a mini Tour event, a Europro event and hunt down the best players, watch them, chat to them, build a relationship…then just maybe one day, one of them will give you a chance.

Then, pray he plays well and your contribution is noticed by him or another player and you also start to make a progression to the next level.

I’ve seen caddies sit on the wall at Challenge Tour events week on week trying to get a bag, spending money to be there every week in the hope someone gives them a chance. I eventually gave one of those guys a chance on my bag too, but it didn’t last too long and he didn’t tick the boxes I felt I needed from a caddy.

Me personally, I got very lucky…and maybe so did Steve Tooby, guess we don’t know….

Steve had just retired after 20+ years in the Royal Marines, and believe it or not his dream was to caddy on Tour!

Through a mutual friend we were put in touch. I was messing about playing a few Europro events that year (2010) and Steve came along to a few events and we hit it off…guess that’s a huge thing with caddy/player relationships, as on tour you spend so much time together. 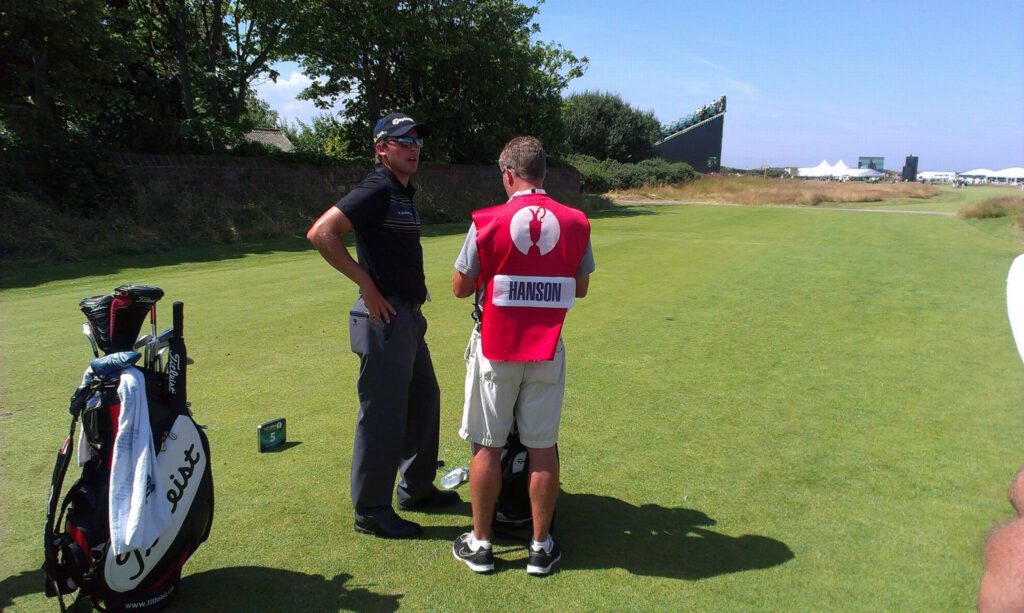 The following season I’d committed to a full season on the Europro and decided Steve was the man to help me. Steve also made an incredible commitment to do it free of charge, I’d just pay him a few bonuses along the way if I managed to win a few quid…and copious amounts of Costa coffee as we drove up and down the M1 most weeks!

I smashed the OOM that year finishing top, I’d worked hard for it that winter but having a great friend/caddy on the bag made a huge difference and I can’t thank him enough for that!

So then over the next 7/8 years we progressed together through Challenge Tour to The European Tour, with an Open Championship appearance in 2014, before parting company mid/late 2018 which felt like a marital break-up!

That was a rough time, but thankfully Steve went on and cemented his place as a top caddy on the Tour which is totally deserved for all the sacrifice – I truly hope he gets to share a win with a player!!!! 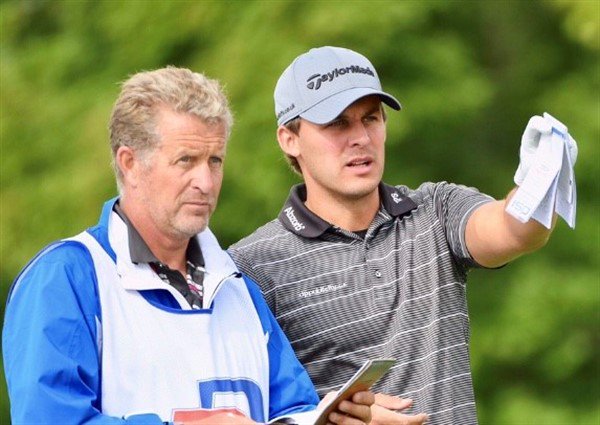 It’s pretty rare, maybe not quite as rare now as many players are starting to take friends with them and training them up, maybe that’s a money saving exercise or maybe not, but you don’t see many random caddies picking up bags on the tour.

Like I said, it’s a pretty closed shop unless you make the sacrifice and get lucky, or have some pretty good friends or connections.

“Do I really need a caddy?”

Well, on the main tour you have no choice, it’s a rule that every player has one, but do you really need one? I guess you don’t, as it doesn’t mean you can’t play well without one, but I would say you’re putting yourself at a huge disadvantage not having one.

I do think, though, if the Tour said caddies weren’t mandatory some players lower down the pecking order may not use one, and that’s simply because of the expense. Like any businesses I believe you have to speculate to accumulate but if you simply can’t afford that extra £800-£1200+ a week on your expenses, you best get used to cleaning your own clubs, balls, raking bunkers and you certainly need to make sure your maths is sharp!!

I guess I’m not really qualified to answer this as I’ve never truly been in their shoes, but like players have ranks on the tour I guess caddies do too, and with that there are certainly differences in lifestyles for them.

I could have played on tour for ten years and still never earned what some of the caddies out there do, and many of those caddies also travel in luxury with the player around the world on private jets!

But that’s a minority and thinking about it I would say there are many more caddies living at the other end of the scale, which I’m sure is where that question is aimed.

I’ve bunked a few times with Steve and other caddies, and to be fair it’s a really good laugh, however poor the accommodation is. In Mauritius of all places, one year the hotel on site was a fortune as you would expect, £300+ a night, so me and Steve plus a few other guys shacked up in the local village.

It cost £10 a night above a shop, and the owner of the shop taxied us to the golf course each day for no more than £2. Probably the best value hotel I’ve ever stayed in, ha-ha, it wasn’t great but for £10 a night it wasn’t that bad – even if we did catch a few rats dashing across the road on a night.

I always remember a group of Argentine caddies, all great guys, friendly, didn’t speak the best of English but they were like brothers, a tight group, travelled the world together, and they secretly squeezed all four of them into a single room on many an occasion, with them taking it in turns to sleep in the bath.

So, from an average £900 wage, the caddy can take home a nice bit of cash on a cheap week when the expenses are low, but as soon as you catch a last minute flight or you get hit with some hidden travel costs, you’re soon praying that your player makes the cut and you take home a nice percentage.

It’s a risky job and I admire them all for what they do, I certainly couldn’t do it, especially with three young children. Many of them go from week to week without going home for months, it simply keeps the costs down not having to fly home and then fly back out again.

Golfers have a similar life in that sense but if they don’t want to play they don’t have to, a caddy is pretty much at the player’s beck and call and if they aren’t, they potentially could lose their job! Especially when between the player and caddy there are no contracts and it’s simply a handshake agreement. 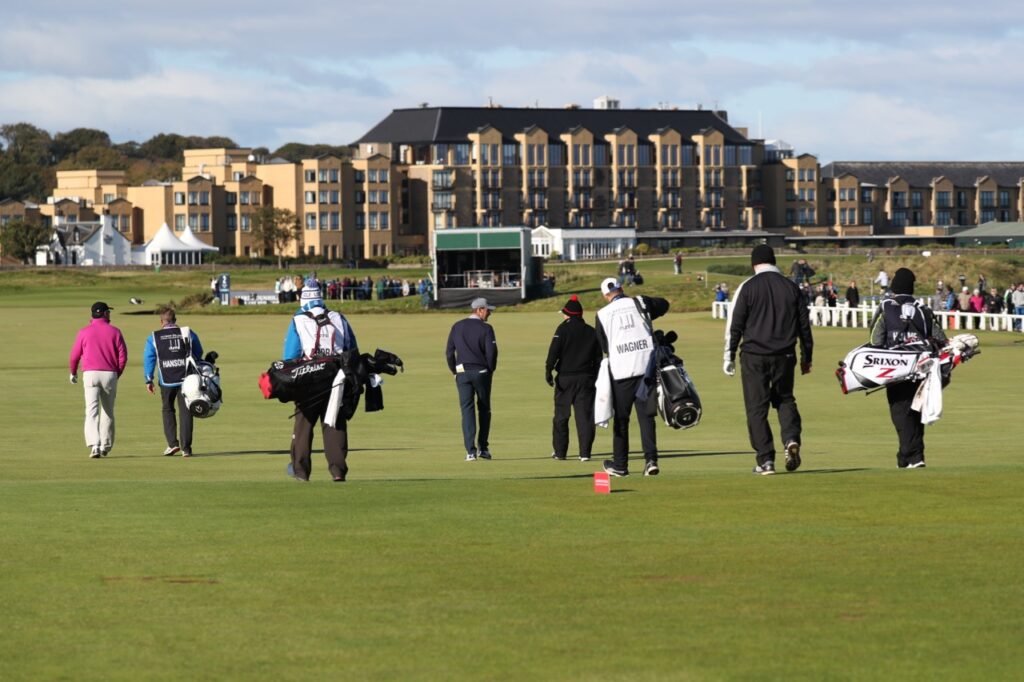 I got asked last week: “what should I look for in a caddy?”

Now that is a broad question and it’s such a personal answer, so here are a few qualities and you can make your own mind up:

So, what would I choose if I had to employ someone again? Certainly someone super positive who could at least try to gee me up if I was having a down patch. I like to chat out on the course, and that can be total trash talk, you spend so much time in between shots trying to switch off so you need a distraction.

I’ve always tried to have a team around me, so for me a caddy would have to embrace that situation and be involved in practice sessions, team talks and basically adding as much value to the team as possible.

I think if I got back on Tour I would like to experience having a caddy on the bag with numerous wins, with that extra insight into what it takes and when to help push you on the course and really be able to read the situations.

Anyway, going back to the first question and what this blog was all about…. “Do you really need one?”

A simple answer: YES. The long answer – I hope I have answered most of that above. The only exception to the rule I think, perhaps, is for the really, really good players and I mean the Rorys, DJs and Tigers, when they’re on their game they could win without a caddy and probably win without a coach too.

But the other 99.9% of golfers certainly benefit from having a caddy on their bag and it’s certainly a profession that will be around for many years to come!!!! 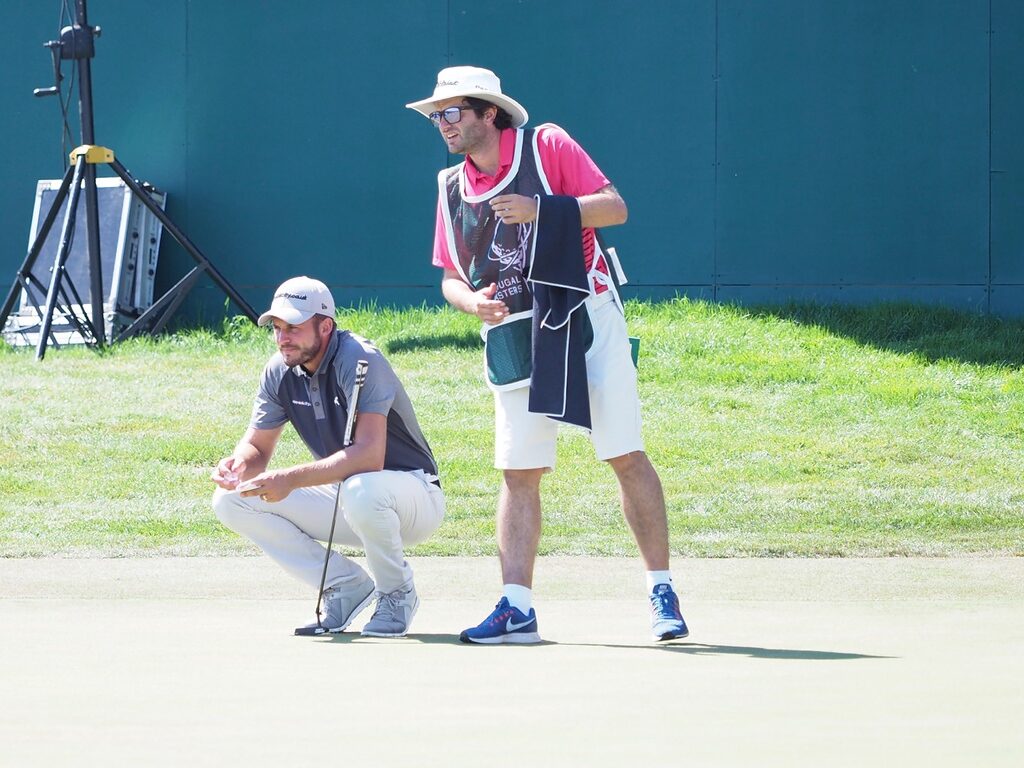 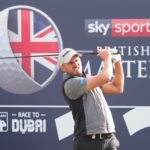 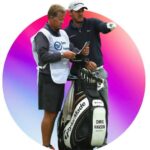 Next Story:
Back on The Challenge Tour – The Belfry!