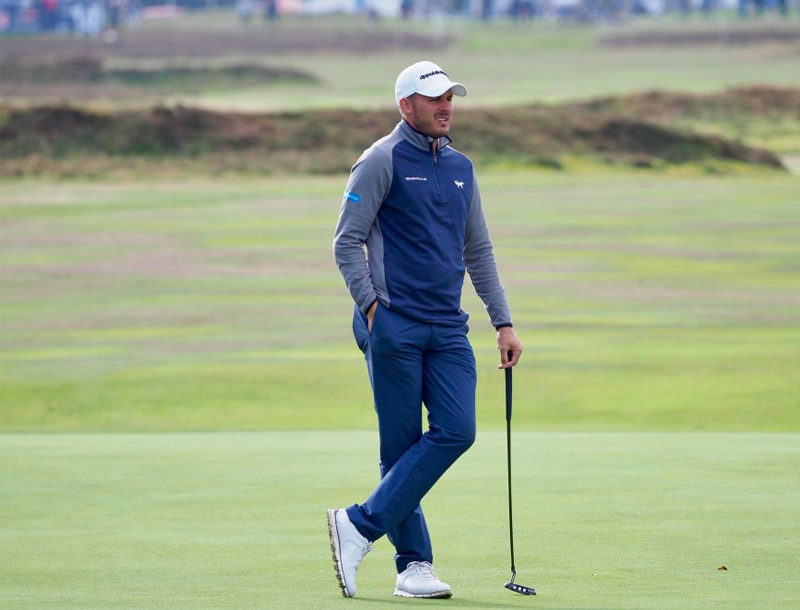 I don’t have much to write about a cold week at The Home of Golf for the Alfred Dunhill Championship, and on leaving St Andrews for the 3rd time I started to think back to 2006 when I started my first year on the Europro Tour and really didn’t know what I expected from this crazy game.

I dreamed about playing on the European Tour.

Maybe one event, maybe a handful…I guess I wasn’t sure it would ever happen, so to be coming towards the end of my third season as a full member of the European Tour has been for me a pretty incredible achievement in itself!

Playing on the European Tour was my dream, I had it printed on the back of my business cards which I used to hand out trying to attract sponsors, and when I achieved that I just don’t think I knew what the next dream was. 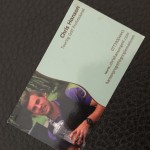 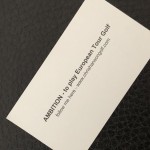 Over the last few weeks I’ve had some pretty deep conversations with Laura, my coach Mark, and also Iain my mental/performance coach, but currently acting more like my counsellor or life coach!!

I 100% still have that dream to play on The European Tour, and whilst the year is not over yet I know my back is firmly against the wall!!

So as I was writing this on a flight back to Malaga last Sunday night following the British Masters, to see my family and to get ready for the Andalucia Masters just down the road, I fully understood it was going to take a special week at Valderrama and realistically some good golf at Tour School to keep my playing privileges.

But after recently just writing down and discussing all the different scenarios that could happen over the next few months, it sure painted a much clearer picture and I’m already looking forward to whatever path the next few months take!!!!

I try to be as honest as possible in my blogs, and although my scores don’t always show it, I’m not bullshitting when I say my game feels in good shape!!!

I firmly believe I have a good process in place with my full game, and it’s showing with the quality of many shots I’m hitting. I don’t however feel my process with my putting has been as strong!!

But over the last three events myself and Cyril (Caddy) have worked hard on this and at Walton Heath last week saw some progress on the greens.

I’m pretty excited that if I get my ‘rub of the green’ sometime soon then something special could happen – let’s hope so!!

The course was great, they mixed the two courses together, and also changed three par 5’s to par 4’s for the tournament, but the condition was great and the greens were fantastic.

Justin Rose and his team along with the European Tour really put on a fantastic event!

Especially when you get this left in your locker on arrival: 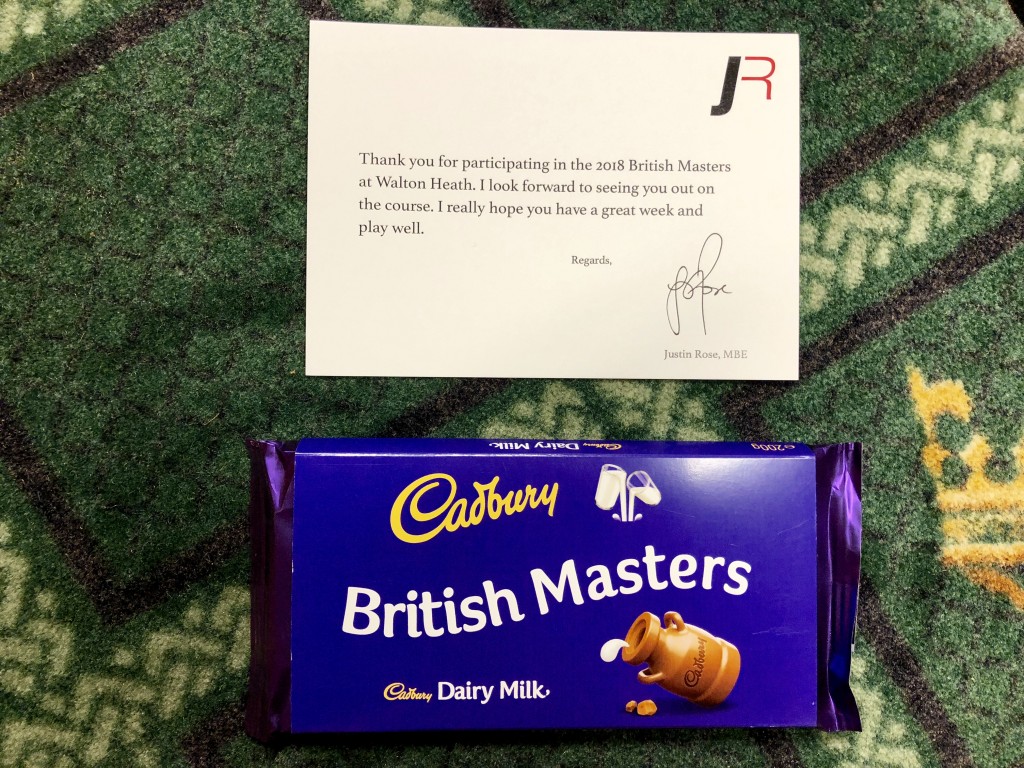 The food in the players lounge was exceptional too – warm hearty meals, salads, fresh smoothies, homemade flapjacks, and of course the odd cheeky pudding!

Monday to Wednesday the weather was perfect, and as per usual changed for the tournament days…the wind came up and it was strong.

In round one I played so solid, controlled it well, gave myself plenty chances but took none of them making no birdies and just had a two hole slip up on 3&4 which made the round look distinctly average.

I was in around 100th position and with another shocking forecast and the likelihood we wouldn’t complete our second round due to lack of light, I knew I had to play some special stuff.

We started on one, and chipping in from 20 yards was the ideal start, I then followed that up with the perfect birdie down 2.

On three I found the fairway bunker, and I will tell you they have never been my strong point. Cyril earned his wage right there and then and flipped the situation round making me feel extremely confident that it was the right shot and worth taking on.

185 yards out of the sand, over the lip into a strong wind – in my favour it was an uphill lie, but I didn’t have my normal stance! Where this shot came from I don’t know and I clipped it off and found myself 30ft from the flag! I was buzzing!!

Another birdie on 6, then the power play on 7 didn’t come off but I was still in good shape! I made a straightforward birdie on 11, then parred around to the 14th green as it was getting darker and darker!

Thankfully we didn’t tee off and play was suspended for bad light, so we had four holes to complete and were hopeful we would come back to no wind the following morning.

That wasn’t the case as the wind came back with us but I played perfect golf for four holes to make the cut in 21st place, shoot the second best score of round two and move up the leaderboard 80ish places! 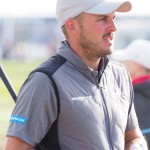 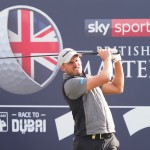 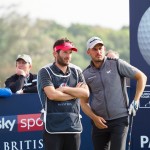 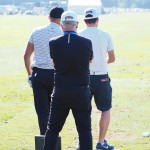 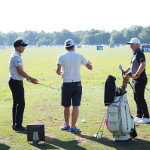 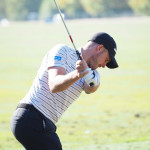 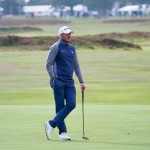 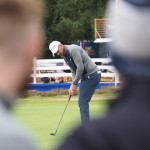 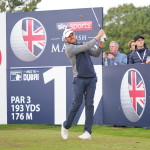 Saturday I played better than I scored (+1) and after slipping down the board a few places I was still very hopeful of a Sunday charge.

The forecast was worse than ever. Wet wet wet, windy and from the total opposite direction. Let me give you an example.

The 14th was 469 yards downhill, running like a road and playing down wind the first three days, on Saturday Lee Slattery found the greenside hollow with his drive and chipped onto the green. On Sunday I hit driver 4 iron and just made the front edge of the green!!!

I started round four well and was moving in the right direction, but a few dropped shots on the back nine meant in the end I signed for 75 (+3) and finished the tournament T48th.

A positive result after where I was in round one and a few needed points on the OOM, as every position has more importance come the end of the year!

As ever each week brings new experiences and as ever some interesting scenarios -this week was no different!

On 17 in round four I missed the par three green by a few yards left, to get up there to find the ball had landed on a root, bounced vertically and come to rest 15ft above me nestled in a few branches!

I had to somehow identify the ball before taking an unplayable lie and thankfully got up and down for a decent bogey. 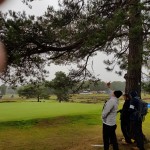 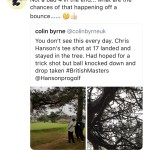 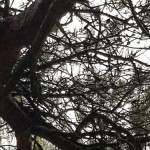 One last thank you has to go to Justin Rose for hosting a quality week at Walton Heath; the British Masters has to be one of the best events of the year, and sadly rumours are they don’t have a title sponsor going forward and are in danger of losing another event on home soil! 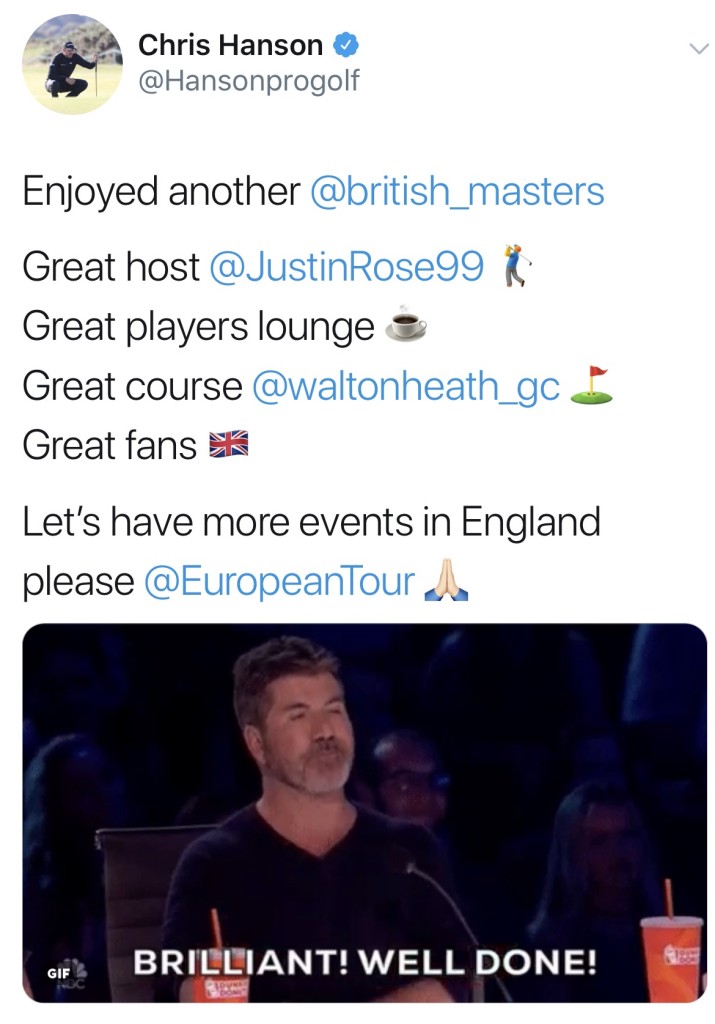 NEXT UP – The Andalusian Masters hosted by Sergio Garcia at my favourite venue Valderrama. 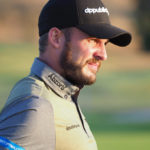 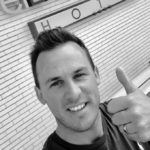