So, back on the road after what was a disappointing road trip half way around the world (Oz) and back with no competitive golf and many other ups and downs!!

But this time it was to what feels like our second home! Myself and my family uprooted to Spain last year in February and it was great, so we decided to do it again!

But April was the perfect month for it this time – a week’s practice, a week playing on the MENA Tour at La Reserva, the third week playing the Spanish Open at Valderrama on the European Tour, and then some more practice before heading home.

A big thanks must once again go to one of my sponsors, David Pitts of DPPublicity, for giving us the opportunity to base ourselves just outside Puerto Banus, and so near to the fantastic Los Naranjos golf club. It’s a great facility/location and you tend to bump into many other pro’s practising in the run up to events.

I had a great first week, getting some good work done in perfect weather, but more importantly on pure Spanish grass – that seems to be the main difference to the UK at this time of year, as you can’t get the quality of practice back home and you can see the main advantage many European players have over the British and Scandinavians.

It was great timing that there was a MENA Tour event the following week; to get some match practice in before Valderrama could not have come at a better time. I played on the MENA Tour a few years back in the Middle East and it’s a Tour that’s really improving all the time.

La Reserva is a very strong test, too; I played a European Tour event there a few years ago (The NH Collection) and it was brutal, so it was again going to be a good test of patience and my game.

The MENA events start on a Monday, so I headed down there Sunday for an early practice round and met up with my caddy Ryan from www.golfstattracker.com to get ready for the week.

It’s a good course, but being so high up it’s always windy, and the greens are probably too severe for the general weather conditions … and that statement proved true playing the first round in 20mph winds and torrential rain!!

In rounds 2 and 3 the conditions played very similar – just without the rain! Not fun prep but still a great chance to test the game, which showed to be very rusty, especially on the greens! 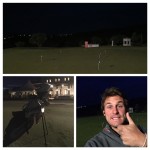 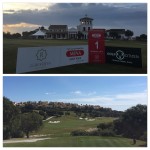 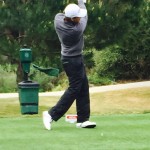 A huge thanks must go to Ryan for the three days carrying the bag, he was a huge help and did an outstanding job on day 1 in that rain!! Also many thanks to good friend Carl Johnson for the support watching during the week, and Chris my brother-in-law for much needed ball spotting on a few occasions!

So, it was nice to tick off a competitive round; I then had a few days’ practice and a few days off to spend with the family and my best friend Ben and his wife Lucy, as they came out to visit us and share my elder daughter’s 4th birthday.

We had a great few days showing them Spain – the lights of Puerto Banus, and then up into the historic town of Mijas for some real Spanish life. 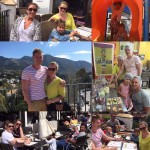 Then it was back to work, and what an exciting week ahead it was!!

To have my wife Laura and the children with me to share the week makes playing on the European Tour even more special; most weeks on the Tour they put on a crèche for the players’ children, so this was the first week since the Open that Laura had been able to watch me actually play.

So, Valderrama for the Spanish Open on the European Tour, it doesn’t get too much better than that – such an iconic golf course, an amazing setting and probably the most brutal test of golf I have ever experienced!

This may sound bad but unless you have played that golf course, and even then until you have played it in those conditions, I don’t think anyone could appreciate how tough it actually was.

The stats for the week show it was the toughest round on the European Tour for 9 years, and to see established names barely break 90, and the winning score be over par, just shows how challenging it was!

My preparation for the week was fantastic – I played Monday, then Tuesday I was joined by my coach Mark Pearson and my mental coach Mark Baber. We had another great practice round and followed that with a really constructive day of practice on Wednesday.

Round one I battled well, I missed plenty of greens but that was so easy to do and something you had to accept. My short game was as good as it’s been in a while and after birdies on my first two holes I made the turn in -1.

Once the day concluded I was in T23rd position which was very respectable, but I felt my ball striking needed to improve for the second round.

Day 2 … my ball striking didn’t improve and it let me down, I ran out of good recovery chips, and the wind picked up to 30mph at times. Taking everything into account I missed a cut that I feel I never should have, but I didn’t manage my game well enough and shot 82 for a +12 total.

The cut fell at +9 and that always makes it worse looking back and thinking “what if”… everyone does it and it’s hard not to, but I gave it 100%, tried on every shot and failed to post the needed score.

What’s good about days like this? … not much really! … other than the fact that you can take as many positives as possible, you can learn from the experience, and of course you get to try and make up for it pretty soon after in your next event.

So another week over and again a huge thanks to Mark P and Mark B for their team contributions this week, a huge thanks to Steve (caddy) for giving it 100% as always, and thanks for the support through the week to Duncan (manager) Peter, Ryan, Gerry and his wife.

In this blog I have added a photo gallery which I hope you find interesting, as it shows some different images from the week, and some behind the scenes stuff. 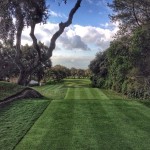 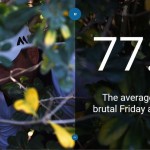 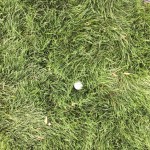 This just not justify how tough and thick the rough was 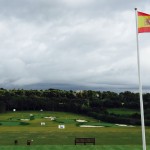 What an amazing set up 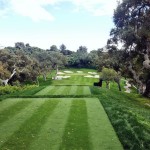 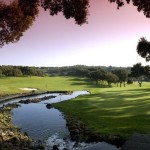 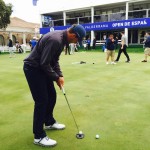 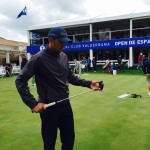 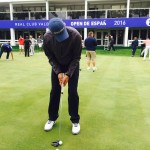 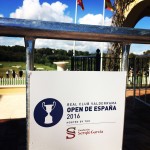 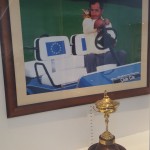 The iconic Seve in the clubhouse, Ryder Cup 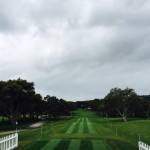 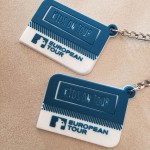 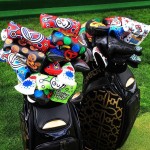 An amazing selection from Scotty Cameron on offer 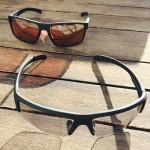 Thanks to Adidas/Taylormade for the help 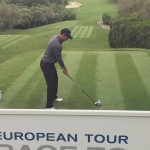 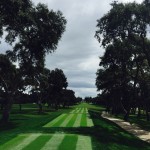 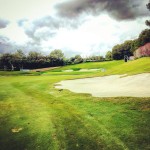 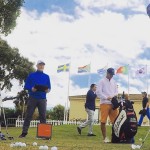 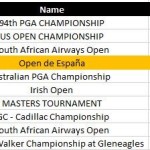 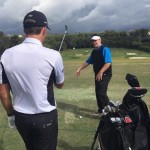 Working hard with Mark Baber on my pre shot routine 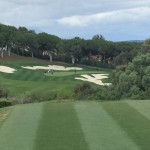 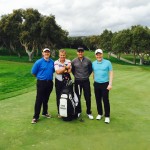 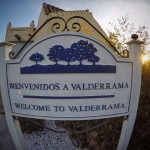 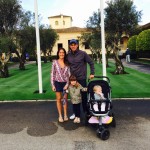 It was then a few days’ practice and back home to celebrate Jessica’s birthday with the family before heading out to Madrid for Challenge Tour and then the following week back on the main Tour in Morocco.

Time to keep getting better!!!