So after getting back from Spain in the early hours of 23 April with #TeamHanson, it was a quick turn round before I headed back out to Spain on my own, this time to Madrid!

But what a fantastic few days at home it was!

Saturday we had a conveyor belt of family and friends calling round to say ‘hi’, so we had a really fun but busy day whilst I tried to pack again for three weeks on the road and Laura finalised Jessica’s party.

Sunday was Jessica’s belated 4th birthday party and she was so excited! We could really tell she had missed her close friends after four weeks in Spain.

I’m sure many of you have seen/heard of the Disney film Frozen, and like most four-year-old girls Jess loves it too; so it was a Frozen-themed party with a special guest appearance from ‘Elsa’!

Even the parents loved singing and dancing away!

Following the party, close family joined us back home and it was great to see everyone together! At times like these you really do miss the family members we have both lost! They would have loved to see Jess and Olivia growing up so fast! 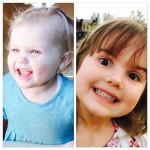 I’d probably just spent the longest stretch of time together with Laura and the children, so then to fly off and leave them for three weeks was going to be tough.

But that’s how the schedule has worked out and I really plan to make it count! Madrid on the Challenge Tour followed by Morocco and Mauritius on the European Tour.

Tuesday 26 April started at 3am for a 3.30am taxi to Manchester airport … Slight shock to the system as I haven’t done that for a while!

But something that never changes is the fun of trying to check in too much luggage with RyanAir.

Me: ‘Ah, ok, I will take the 3 dozen golf balls out and put them in my hand luggage’.

Simple, walk round the corner with clubs to drop off at oversize baggage and put the 3 dozen balls back in your flight bag … Beating the RyanAir system always feels like starting a tournament birdie, birdie, birdie!

Back to the golf – to finally get into a run of three tournaments and hopefully get some momentum was great, I was really looking forward to putting all the practice to the test – and especially implementing the quality work I’ve recently done with Mark Baber (Mental Coach) who is the latest addition to #TeamHanson. 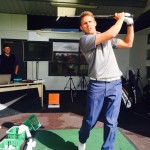 Day 1 was an early start, 8.20am, pretty cold but it turned out to be a really nice day. After a lovely start I got it to -2 but some below average putting through the back nine led to me finishing the round +1 (71) and down the leaderboard in around 67th position.

No panic, I knew my game was pretty good, so it was an afternoon of practice and re-set for round 2.

So to walk off the 18th green after round 2 having made no bogeys was a great feeling, I’ve not done that for a while and around a tricky course that was pleasing. I shot -4 (66) and moved back up the board to 17th and in the mix for the weekend!

Day 3 changed … a really cold start to the day with a frost delay, and easily a 2 club wind!! It was tough, a really great challenge, and one I was ready to embrace after being beaten up at Valderrama.

I battled well, really committed to my shots and targets and ended the day -1 (69) moving up the board to T2nd.

That set me up for a fun Sunday on the Challenge Tour, final group, in contention and one off the lead – bring it on!

Round 4 – bogey, bogey start was a setback, the weather was pretty good so I was chasing from the start but I rallied well and four birdies later I was back in the mix…

I managed my game well, and hit some very good shots down the stretch, one being a quality shot into the 15th from 170 yards to 6 feet (putt missed, argh!!). But two 3 putts halted my challenge and in the end I finished T4th for the second year running in the Madrid Challenge.

So overall a really pleasing week – to feel like I got a reward for the effort I have put into my game recently, the ball bashing, the constant chipping and putting and then to get into contention felt great!

And the main thing is that it’s great preparation for this week on the European Tour in Morocco! 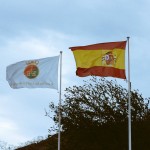 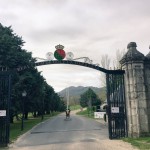 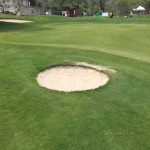 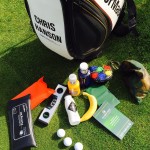 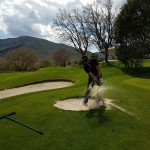 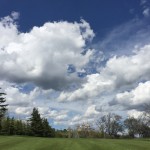 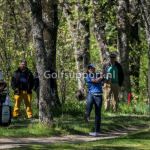 Check out the leg action!! 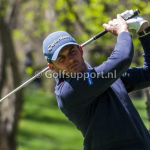 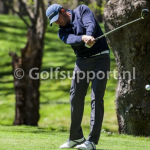 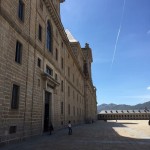 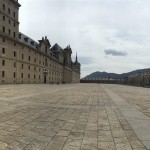 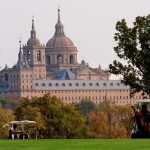 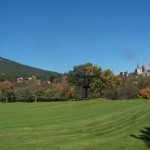 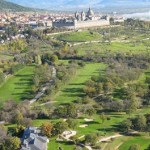 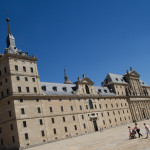 “A huge congratulations to Rochelle Morris who has been selected for the Curtis Cup which is to be played against America this June in Dublin. After seeing the hard work she has put in at Woodsome with John Eyre I was delighted to see her make the team – good luck Roch!” 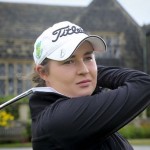