It feels like forever since my T19th finish in the Porsche European Open, but it’s been a busy few weeks! We spent the first week in the UK visiting family and friends and then, along with my caddy Steve and his wife, we hosted The #CharityBall at The Venue in Halifax.

We personally really enjoyed planning and hosting the evening and the feedback we have received from so many guests is that it was a fantastic night. But the most important thing is that we all raised £12,500 for our two wonderful charities, and donations are still coming in.

We were truly overwhelmed, but it wouldn’t have been possible without the support from so many people, friends, businesses, and top golf manufacturers! So, thanks again from all of us!! 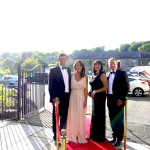 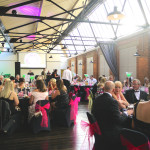 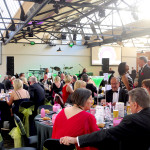 The day after the #CharityBall it was all go, we headed straight back to Spain; I had a week of practice planned in the hope of getting into the Paul Lawrie Matchplay (Germany) and my mum was also out to visit!

Back in Spain I’m so lucky to be able to split my practice between two amazing set ups, Los Naranjos and Guadalmina, and for me the best time to practise is the moment it gets light until lunch time.

So, I get to the course for 7.30am, plan out a four-hour practice session, set some goals, then head back for a swim with the kids before lunch. Being able to miss the afternoon heat is perfect, as you don’t really want to be smashing drivers for an hour or so when it’s 35 degrees! 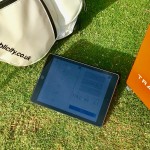 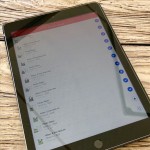 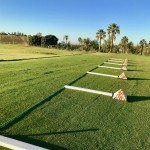 So, that’s what my mornings looked like most of the week, plus a couple of evening short game sessions when it has also cooled down around 7.30pm.

As I mentioned, I had hopes of getting into the Matchplay event but knew it could be a last-minute thing…it wasn’t confirmed until Friday but I had a good idea after the World Golf Championship, as I then went down to 1st reserve; knowing that the winner of the PGA wouldn’t be flying back to Germany I knew the spot held back from that event would go back to the field and I would be in.

And in the end, I got in before that, with Daniel Im behind me in the list getting the last spot into the event!

So, what a bonus, I’m buzzing to play what feels like a bonus event and one I wasn’t sure about playing in, plus an event where only 64 compete and it’s straight Matchplay – it should be fun! 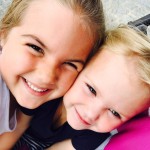 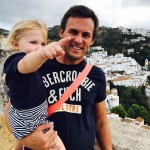